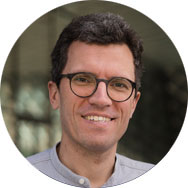 We have launched Warsaw 9.4 product version.

In this new “Warsaw” 9.4 version, we have focused in the expansion of our integration. You can find about our integrations with the applications Salesforce, Shopeware, Shopify and Freshdesk:

Shopify is the largest platform for online shops in the world. It was founded in 2006 by Tobi Lütke in Canada. His goal was to create a comfortable way to sell products online and to spare the seller from all the technical hurdles. Nowadays this platform is used by more than 800,000 companies.

With the integration of OMQ Help, we offer now a help page for Shopify. Additionally, we have developed OMQ Contact for Shopify’s contact form. With this, the service requests will be directly answered in the contact form.

Shopware started in Germany in 2004. It works as a modular online shop system. It is available both as open source software and in commercial editions. With Shopware 6, which follows an API-First approach, a completely new technological basis was created. With the new version, headless commerce can also be integrated with the software.

To automate Shopware’s customer service, we implemented OMQ Help and OMQ Contact for both version 5 and version 6. Service inquiries can be answered directly in the shop.

Salesforce is a well-known and widely used IT company focusing on cloud computing and social enterprise. Since its foundation in 1999, the company has continuously grown and is considered a cloud pioneer. The broad portfolio of CRM tools in the field of cloud computing is made up of the applications Sales Cloud, Service Cloud, Marketing Cloud, Force.com, Work.com and Chatter.

We are expanding Salesforce with OMQ Assist. We offer direct ticket processing that can be carried out in just one click! By doing so, we help improve customer service.

Freshworks is a company founded in October 2010. Headquartered in San Mateo, California, and it helps companies improve their productivity by using automated software.

Among other things, it offers Freshdesk, a customer support software. It can be boosted with OMQ Assist. OMQ offers direct processing of tickets as soon as the request is opened. With a simple click, a reply email is created and can be sent back immediately.

If you use any of these applications in your service, please contact us for a 20 minute demo :) It’s non-binding! Request a free demo

We have released the product version Oslo 9.3. In the new version 9.3 “Oslo” we have rethought and revised every...

We have released the product version Lisbon 9.2. In the new version 9.2 “Lisbon” we extend our technological platform and...